Why I created the 5-HTP+ Patch

I have spent the last 10 years starting and running small businesses across a variety of sectors. This story could be a lot longer if I trace through the ups and downs of those experiences, but I will save that for a conversation over a drink sometime. Through that process I learned two key things about myself.

Firstly, I’m slow out of bed, find the first hour or so of my day a drag, and therefore dislike mornings. This is problematic, given that the archetype of a successful entrepreneur is someone who has washed, showered, run 10km, and closed their first deal before a breakfast of oats and kiwi fruit at 6.30am. I’d look at others who did this, and only get more annoyed – although I have realised that I am more effective at other times of day than probably many people.

Secondly, alongside about 350 million other people, I sometimes feel depressed, especially during the winter months. This can be exacerbated by the stresses and strains of a busy work routine. And as it’s the ‘black dog‘ that no one talks about, I didn’t really face up to it for a while.

Being a digital native, I tend to look to Google first for any malady or problem and so it was with these issues. I started trying some of the supplements recommended, and formed a conclusion about serotonin deficiency which I sought to supplement.*

After trying a range of different approaches and supplements, I found 5-HTP, or 5-Hydroxytryptophan, which Wikipedia explains as:

5-Hydroxytryptophan (5-HTP), also known as oxitriptan (INN), is a naturally occurring amino acid and chemicalprecursor as well as a metabolic intermediate in the biosynthesis of the neurotransmitters serotonin and melatonin from tryptophan.

What I found, over the course of a few weeks, was that taking 5-HTP tablets each morning made a positive impact on both my ‘get-up-and-go’ in the mornings, and my depressive moods. This was noticeably better than anything else I had tried, so I experimented and found a capsule that worked well. 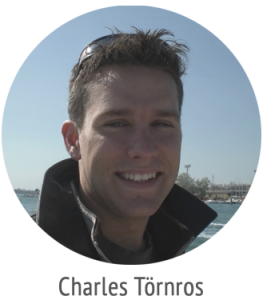 As an entrepreneur at heart, I’m always thinking about improvements to every business I encounter (that’s a default mental setting that can be frustrating at the post office or a local restaurant…) and after a while of really growing to value the impact that 5-HTP had made on my wellbeing I started thinking beyond the 5-HTP tablets. I looked at the manufacture, supply chain, supplement delivery and more. What I found intrigued me. There was a large and rapidly growing community people who used 5-HTP tablets, so the product was becoming more available. But taking it in capsule form has some key limitations. Which is where the ‘patch’, made famous by the anti-smoking brigade for transdermal delivery of nicotine, comes in.

A transdermal patch delivers the supplement slowly over the course of a day, meaning its effects are spread across the day. Also, it avoids the stomach where some studies claim much of any supplement capsule taken orally is actually expended due to stomach acid. These factors mean that less supplement is needed when delivered by a patch.

So I went out to create the product that I wanted to buy. This meant finding a reliable and trustworthy UK supplier of 5-HTP, developing the optimal blend of ingredients to ensure the most effective impact, and integrating these ingredients in to a transdermal patch with a leading food supplement transdermal patch manufacturer in the UK. Several months later, my team and I were in testing, and optimising what became to be a great product.

So I solved my own problem by creating the 5-HTP+ Patch. And now you can share the benefit too. You can buy a box of 30 5-HTP+ Patches here, the best 5-HTP tablets alternative available. I can’t wait to hear how the 5-HTP+ Patch helps you.

Tinnitus: the Connection with Serotonin

What is serotonin deficiency?

Sorry, we can't take direct orders due to supply chain restrictions resulting from COVID-19. Buy from a retailer here... Dismiss